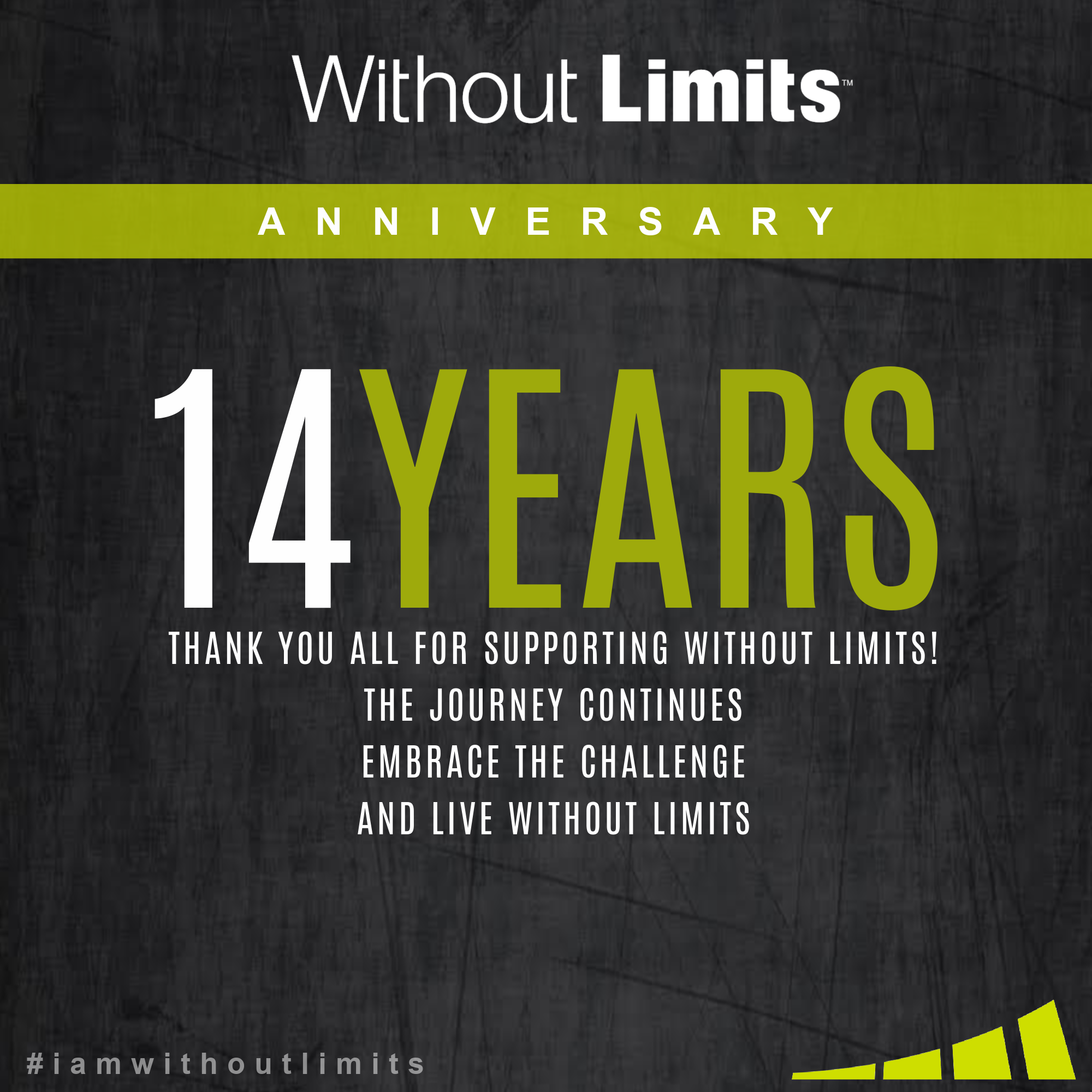 WITHOUT LIMITS: 14 YEARS….HOW WE STARTED: 14 years ago we decided to start a business coaching runners and it turned out to be a little more than that:)
I met Kyle Shepard playing beer pong and told him I am going to start coaching runners at the track and he should come out. Kyle said. IGGHHHTT. I’ll be there. (I honestly didn’t believe him) but he showed up. Alecia Williams also showed up as she was my first client that I met in the gym and Erin Hogston a former UNCW hurdler also showed up.
That business was going to be named High Voltage running, because I loved the band ACDC. Really I loved Thunderstruck but that didn’t make sense to name a running group Thunderstruck. After some thought, I figured ehhh, High Voltage a little corny and took a vote with some runners that were already training with us. Without Limits stuck out as one of the great running films about Steve Prefontaine. So we moved forward with the name WITHOUT LIMITS and actually trademarked the name a year later.
The group grew and people improved. I learned a lot in those first years about working with ability levels from novice to good age group runners. Kristen Smith started helping me time from the beginning and is now still coaching and a Wilmington Firefighter. Kristen has been a tremendous coach over the years and we appreciate everything she has done!
(added: I can’t forget Anthony Enoch who took me to my first marathon in Myrtle Beach and is still a current friend and athlete)

In 2009 I got into triathlon. I enjoyed racing triathlon and really wanted to begin coaching triathletes as well. So after a year of studying triathlon and getting certified, we added triathlon to our list of services.
I then realized Wilmington did not have a full marathon in the city. The NHRMC Wilmington NC Marathon and Half Marathon was born, formerly the Quintiles Wrightsville Beach Marathon as many of you remember it. We put together a great team of people to make the race happen. The race had 1400 runners in it’s first year and putting on events really got my juices flowing. The marathon grew to a near 4000 runners over the last 10 years and continues to change and adapt to our city and hopefully will continue to be successful.
In 2011 Annette Clifford quit her job to help me with the business. We now had just one source of income for our family and we just got married and bought a house. Annette fixed a lot! If it wasn’t for her our books would probably be backwards.
In 2012 we had a coaching breakthrough when Christa Iammarino qualified for the U.S. Olympic Trials in the marathon. This was any coaches dream to be able to be on an athlete’s journey to an OTQ.
Also in 2012, I met Jon Carne from Port City Apparel. Jon helped our brand improve drastically through apparel. We began creating our own race t-shirts for races. The race t-shirt industry just didn’t meet expectations with design and comfort. Jon really helped our company and our races create the best shirts you can get at a race!
2012 remained a great year as we had started our Without Limits Youth program with Colin Hackman. The goal was development of young athletes so they could go to High School developed and excited to run. Aaron Kolk came along and has been a tremendous coach for youth and adult and now triathlete coach for so many.
Now Without Limits, the Marathon and Without Limits Apparel were three main pillars of our company. I met Mike Duncan at Sage Island who helped us with branding and web design. With my brother Steve and Mike dialing in our logo we had a good branded logo that had meaning! WITHOUT LIMITS…..Embrace the Challenge.
Now Without Limits had some other coaches in other locations. Chris Bailey in Charleston. Matt Hammersmith in Greenville, Trey McCain in Columbia and Josh Estep in Raleigh area.
After going to one of Matt’s races in Greenville, that sparked and idea to create a trail relay that brought families, friends of all ages to compete in an ultra marathon style age graded relay race in a big field. The Southern Tour Ultra was born. A combination of ideas into one. The Southern Tour was another pillar of Without Limits that added my kind of flavor. Woods, Beer, Running, Classic Rock Music and competitiveness! From Southern tour Copperhead 20K and Shakori 40 were both branches off the same concept with different distances and vibes at each event.
In 2019 long time runner and director Ed Fore was ready to hand over the The Parkway Subaru Battleship NC Half Marathon. I partnered with Colin Hackman and Go Time events on this race and was honored to take this race over from Ed as he made it live for 20 years.
In 2019 three of our ladies qualified for the 2020 U.S. Marathon Olympic Trials which was another coaching honor to be on the Journey of Erin Hogston who was one of my first athletes, Brittany Perkins and Peyton Thomas.
In 2019 I met Shawn and Scott Tunis along with Diana Davis our dietitian and we created a vitamin and long run recovery shake line that will assist runners with better nutrition and recovery. Runners Daily Vitamin
Of all of these highlights, there are so many accomplishments by athletes along the way that I am so excited to have been on their journey. Also so many people to thank. Beth Ann Soporowski for coming on board and helping us with back end work and sponsors, Maleia Tumolo Celia Wolff, JP Merchant and Angela Midget who all have brought great energy to practices.
Our longest sponsor Bennie Sheally and Sheally Insurance Group and all of our sponsors.
While this may look like a good ol’ highlight reel, there were many struggles along the way. But I can say every single struggle made us a stronger company, better communicators and always lit a fire under us to BE BETTER.
We are Without Limits, and we appreciate the support from so many.
Visit us now and grab some apparel if you want:)