The Low-Down on Victoria Voronko

Victoria comes from Russia. She came to United States in 2011 to study at Eastern Michigan University and participate in Cross Country and Track & Field team there. She has been running for more than 12 years. During these years she was not just running but also she learned about how to prepare runners for the race, what kind of practice to give, and how to communicate with athletes. She learned the psychological side of running and how to stay focused and healthy. She can uniquely combine skills learned from her country Russia with the skills she has learned in the U.S. Victoria competed at the local, state and national level in sports like cross country, track and field. Victoria is All American in Cross Country and Track and Professional athlete at Furman University

Qualities Victoria Admires In Her Students

Victoria believes that humans can do anything if they really want it. “It is supposed to be hard…, the hard what makes it great”

After Victoria moved to United States, she realized how much she loves to run and coaches people. She studied Sport Performance and Coaching at Eastern Michigan University. She has big goals for herself in the future. Victoria hopes to qualify for Olympics. She has a lot of experience with running and wants to share it with others.
PRs: 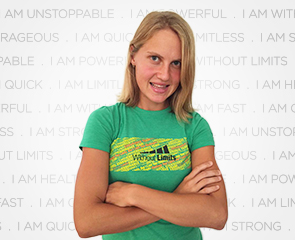