The Low-Down on Colin Hackman

At the end of football practice in third grade, Colin’s coach would make the guys run two laps around the field in full pads. Colin recalls lapping his teammates with ease and kept with it until his Hoggard High School football coach, Dave Spencer, suggested Colin give cross country a try. He ran his first practice scared and hard, and ‘won’ the four-mile easy run by a half-mile. The rest was history. Literally. The next season the Vikes went on to finish 5th in the NCHSAA meet—the best finish ever for a Wilmington area team to date. From there, he was ‘sold’ on the team aspect of running and loves working with young athletes at Without Limits and as head track and cross country coach as Cape Fear Academy.

His B.S. in meteorology from UNCW and Mississippi State University comes in handy when a radar interpretation is called for.

Top Songs On His Playlist:

Qualities Colin Admires In His Students

Colin loves watching the lights come on, and when runners realize that the plan is working. He finds it most exciting to watch a kid run faster than they ever have before. Colin says: “That look I get at the finish line from a PRing athlete—it’s part ‘Holy crap!’, part ‘Did you see that?’, part ‘Did that really just happen?!” It’s what makes him keep coming back.

“Winning the Mideastern Conference 1600m at Hoggard is, I suppose, the best race I ever ran. I take much more pride however in the success of the cross country and track programs I have coached. I coach at Cape Fear Academy, and we finished 3rd in the state meet in 2011 and our Cape Fear Academy boys have won 4 conference titles in 5 years. That’s huge for me—bigger than any personal accomplishment.”

The Best Part About Being A Without Limits Coach

Colin’s goal is to help empower young men and women through the sport of running, and the coach/athlete interaction is the best part about being a coach at Without Limits. It’s all about helping young people learn that by setting measurable, achievable, goals—and working through a plan—they can become better runners, better students, and better people. 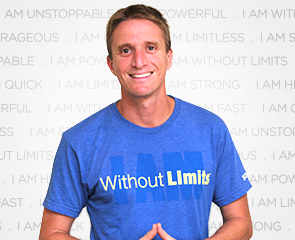