The Low-Down on Jay

Jay is originally from England, he came to the US in 2000 to coach Gymnastics in Hendersonville NC. He got his first set of dumbbells in 1989 and has been lifting since. Back in 2014 Jay was exposed to WOL when hired to take photographs of Matt’s practices and races in Greenville. Since taking up running later that summer Jay went straight into hosting his own Ultras for local charities, posting Facebook videos during 100 milers quickly became his jam along with inspiring others to take up running, the social net of runners and community grew fast in Greenville and Jay & Matt have worked together since 2017 saw Jay venture into road cycling and this followed the same pattern, century rides turned into 250 mile solo rides to the beach, Everesting rides of 30k vert along with smashing short sprints to take KOM Strava trophies, he once sat in the saddle for 200 miles on Christmas eve on an indoor trainer. Today you’ll find Jay dressed in costume as the ‘Patriot’ at the Upstate Ultra races, costume themes have become part of his persona and hosting/inspiring have taken the wheel in his journey to stay inspired

Top Songs on his Playlist

Anything by Bonobo, Rage Against the Machine, Soundgarden

Qualities Baker Admires In His Students

Running 100 milers on little to no run base, getting into shape after 40 and realizing age really doesn’t mean much when you have a community that supports each other 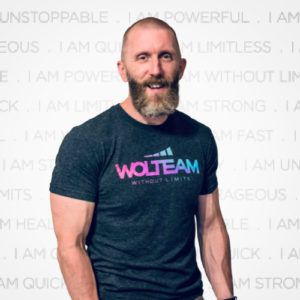