The Low-Down on Chris Bailey

Like many other runners, he started running to get in shape for another sport. When he realized in high school that tennis was not his calling, Chris started running cross country and track. In high school he was a team captain, school record holder and conference champion. At the College of Charleston, Chris was a school record holder in cross country and was named an Academic All-American.

Director of the Charleston, SC Without Limits Branch and Levels 1-3 Running Groups

What are qualities you admire in your athletes?

Chris admires when his athletes are unsure about their ability to complete a prescribed workout, but they still go for it. Most times they surprise themselves and can execute the workout as intended. And if not, they still pushed their limits further than before.

What are your favorite races or events?

My favorite events as a coach and athlete are the ones that are team focused. Running and triathlon are primarily individual sports, but it adds meaning when you are representing a team.  Cross country meets, road relays like the Blue Ridge Relay, track meets, and any other event with team participation or scoring is so much more fun than a solo endeavor. 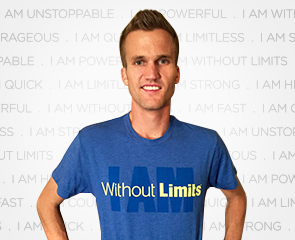