The Low-Down on Aaron Kolk
Aaron never considered himself a talented runner, but being 1 of 7 children (6 being boys!), he knew how to push himself for the best chance of winning. He kept that work ethic and drive in everything he did. Running included. As a young high schooler at the age of 14, Aaron started running to get in shape for basketball. He worked hard throughout high school and college and ended up running a 14:58 5k and a 31:18 10k on the track for UNC-Wilmington. After taking a bit of a running hiatus, Aaron’s career was revived when he started working for a running store. After 2 years in the Asheville mountains, Aaron started coaching XC and Track & Field at Coastal Christian HS. After an Achilles surgery Aaron’s triathlon career was birthed. He got on the bike to gain some fitness back after close to a year of inactivity and decided to give triathlon a try. It wasn’t love at first attempt, but it gave him a competitive fix, a goal to drive towards athletically. Three years into triathlon Aaron qualified to race professionally in 2020 and looks to continue to develop his skill and knowledge in triathlon and running to grow as both an athlete and coach.

Guilty Pleasure
Way too much coffee!

Top Songs on his Playlist
Anything Bon Iver

Favorite Event
Triathlon: 70.3, Running: Anything on the trails

Things Aaron admires in His Students
Learning from mistakes in races and training is the only way to improve and stay motivated, and Aaron’s loves when he has an athlete who is willing to work hard and be smart about training.

Defining Moment in Aaron’s Career
“This is less of an exact moment, more of a growing over time. Learning how to adapt based upon the situation life gives and weigh the priorities of a workout based upon the big picture. Also realizing the big picture is not all about the athletic goals, but ones life goals” 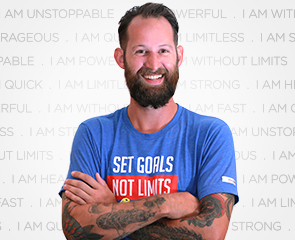